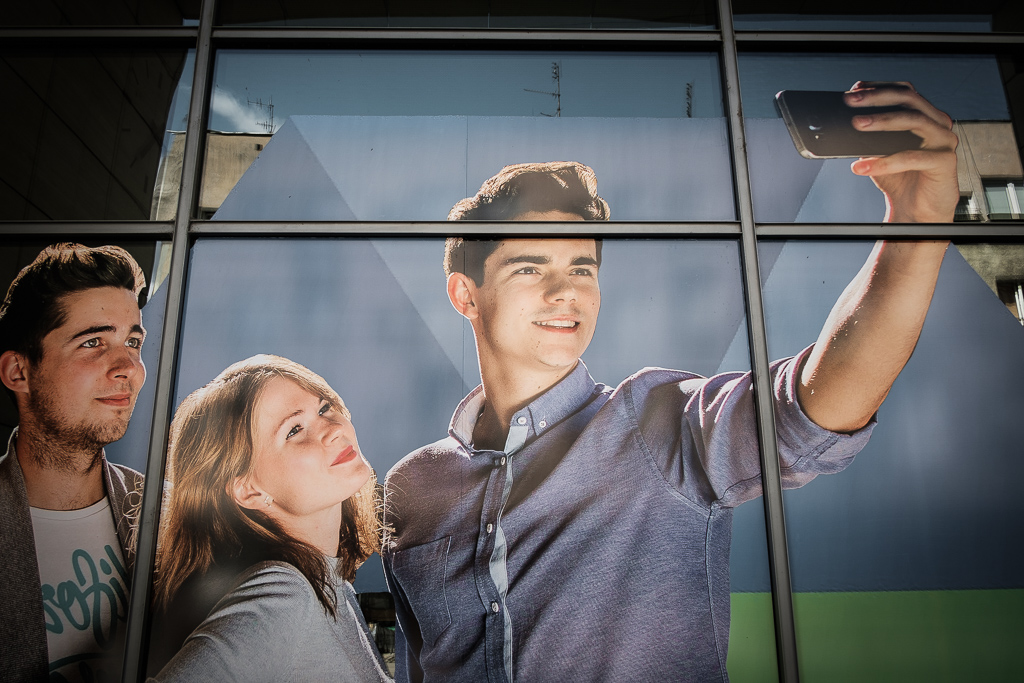 I think it was in 2012 in Kuala Lumpur, where a friend and I stopped off on the way to Indonesia, when I have seen this incredible marvel of human innovation strength for the first time. I still remember that we were joking about importing this thing to Europe – and becoming rich with it… what a stupid idea. 😉

Five years later this so-called selfie stick is almost indispensable in daily life on the streets – at least within the common tourist paths. Hardly any other tool has ever helped more to strengthen the wonderful selfie culture in our world than this one… Since twelve weeks I have been on the road now and I am really grateful that I still have not been hurt by one of these in the crowded hot spots of European mass tourism – I really would like to keep both eyes for making my pictures. Nevertheless, more and more I began to ask myself – frequently quite amused – what it’s all about this selfie cult(ure). I could spend hours observing people doing this.

Yes, for sure I also have done the one or the other selfie on very few occasions and have send it to a friend or something like this. And yes, I know that it’s possible (though not necessarily desirable) today to become famous and to make a lot of money on Instagram as a fashionista or a hot whatever puppet with thousands of pout pictures… though that’s definitely not possible for everyone. So why does almost everybody today seems to have an urge to picture his or herself in front of anything being kinda picturesque or at least known – even when it is the entrance of the Auschwitz museum – no joke, unfortunately! And what are the people doing with all these selfies? Do they hold thrilling slide shows for friends and family? “Look, that’s me in front of St. Peter’s Basilica, and that’s me in… fuck, I forgot where it was.” 🙂

I have no idea, but maybe I’m simply not pretty enough or I’m lacking that huge ego to enjoy it myself. But I will buy those a beer or two who can explain this behaviour – understandable – to me. Word of honour! 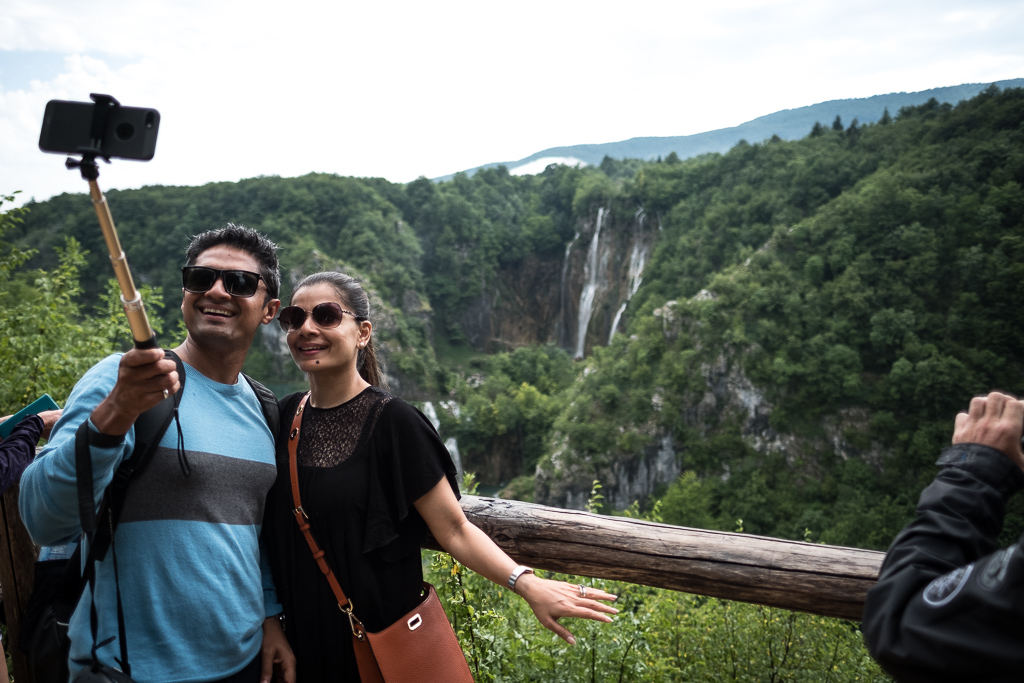 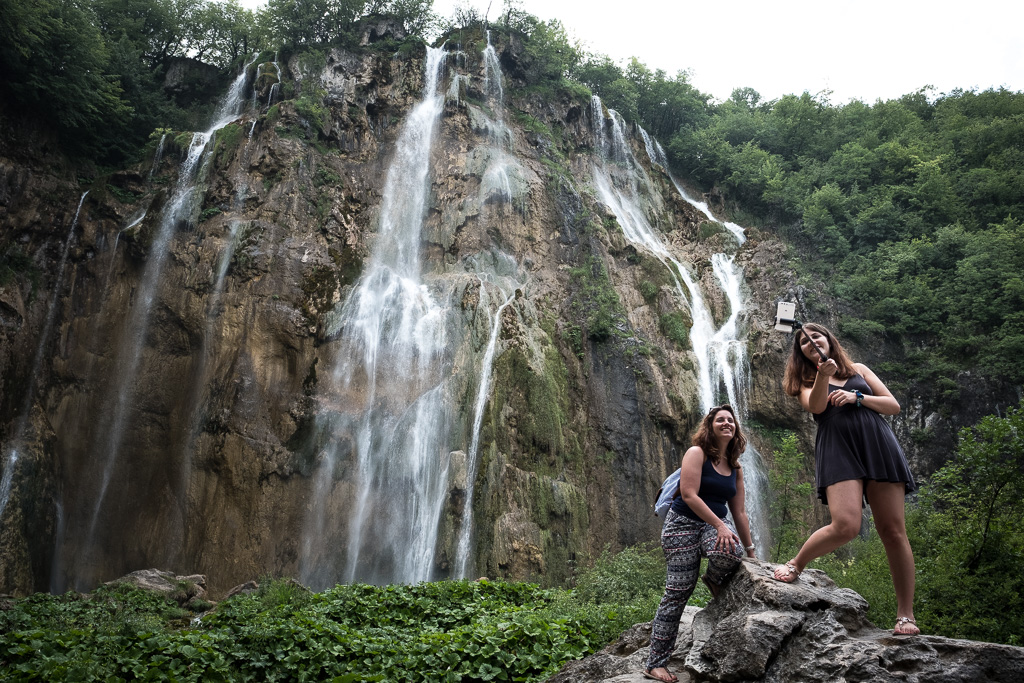 Also without selfies, visiting places and sights today seems to be all about holding ALL the beauty on digital pictures. It doesn’t matter if anyone has seen or smelled or touched or experienced a place; main thing is that the pictures are done. Period. Then one can proceed to the next attraction… but please do not forget your smartphone. The chance to SEE that place isn’t going to happen so quickly again… 😉 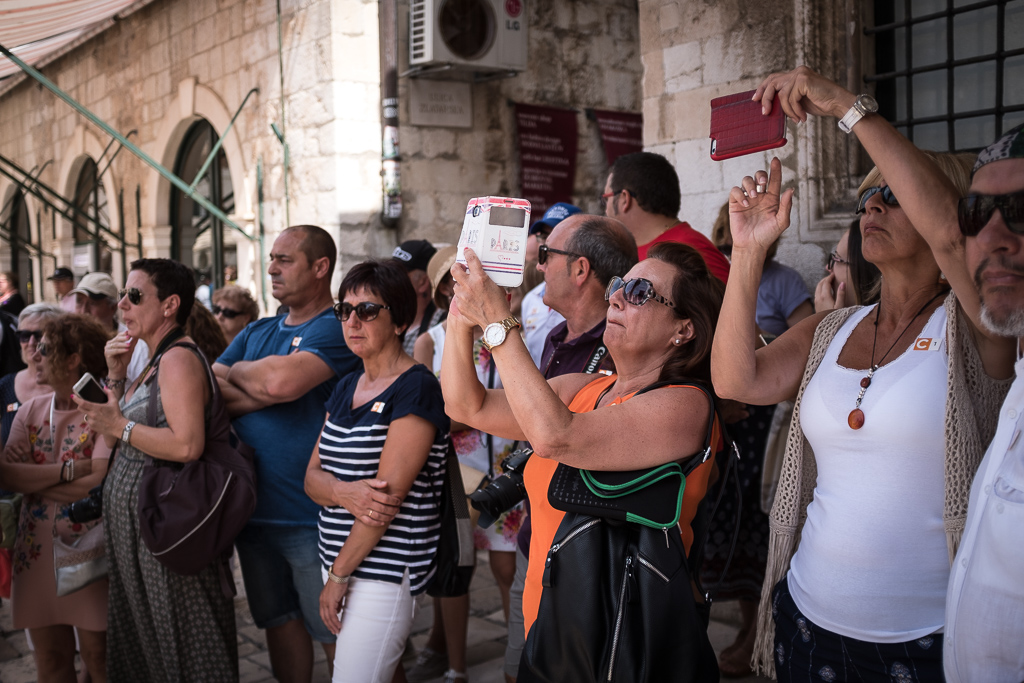 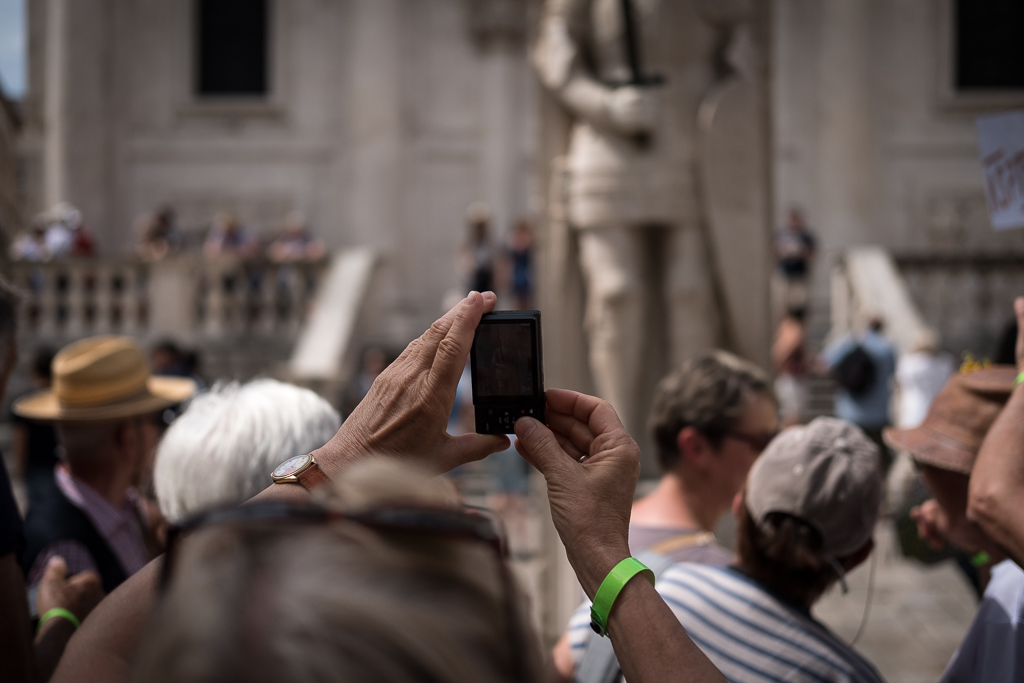 However, I do not want to be ungrateful. Finally, this behaviour supplies me with many pictures and sometimes with really amusing and almost surreal situations that I really can enjoy. And who knows, it’s possible (and even probable) that someone took pictures of me taking my pictures of all those people and is very amused by that. I would be pleased by that as well…

This post could contain traces of irony and sarcasm. Who ever will find them is allowed to keep ’em… 😉