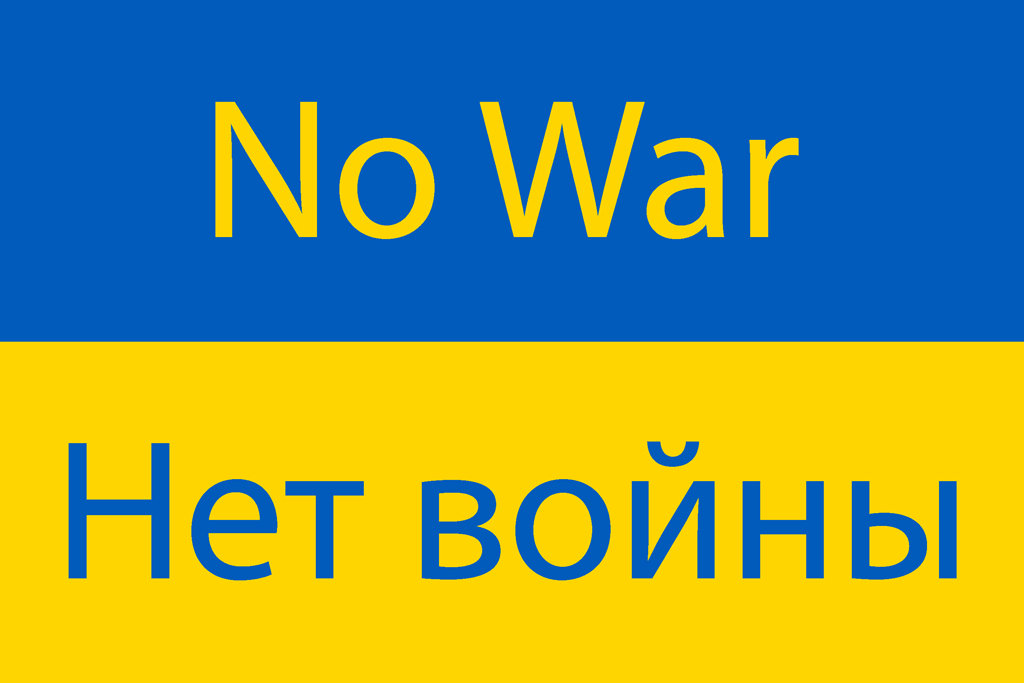 On 24 February 2022, the almost inconceivable happened. Russia militarily attacked Ukraine, its European neighbour and sovereign state, without being threatened or provoked. Not with hidden “little green men” as in 2014 in Crimea. Not secretly as with the support for the separatists in Donetsk and Luhansk. No, Russia did it openly, brutally and for all the world to see. Except to a large extent in Russia itself due to increasingly pronounced censorship. Since then, Russian tanks have been driving through Ukraine, cities and infrastructures have been bombed and thousands of people have already died.

In the middle of Europe!

Ten days have passed, and I still stare at the news in disbelief. Not that I didn’t expect it beforehand. Actually, I have been expecting it for at least three months. But when it happens… it’s all still unbelievable. I alternate between bewilderment, helplessness and rage – unbridled rage at a paranoid psychopath, at a monster who sits in the Kremlin and has unleashed all this. And anger at his henchmen and followers, who are complicit in this madness and thousandfold murder.

With all this anger, of course, I realise that I have it damn good compared to the people in Ukraine. The war is quite far away for me in real terms. I don’t have to fear every day and every night for my life, for my loved ones and for my country, which is currently being laid in ruins.

For the last ten days I have also been thinking about what I can do myself. I mean outside of such things as showing solidarity, going to demonstrations or, of course, donating to the victims of this madness. All of these – especially the latter – are of course OK and important. But I have the feeling more and more that this will not be enough for me. Not this time…

This is an attack on Europe and the peace-loving world. Of course, the fatal consequences may hit Ukraine the worst in these hours – but it will not stop there. No one knows the full extent of the consequences yet, but that is precisely why it is time to stand up and oppose it. Especially as Europeans who have largely enjoyed seventy-five years of peace and prosperity, we should take responsibility. Responsibility for our continent, our common future and the future of the world. And it seems that this future is being decided in Eastern Europe…

I don’t really know yet how I can get further involved – or even help in any way. However, I know exactly that I have to transform my anger and helplessness into something positive and useful. Anger alone does not help anyone, least of all Ukraine and Ukrainians. It is our deeds that count… and the search for the light in the darkness.

Darkness cannot drive out darkness; only light can do that.