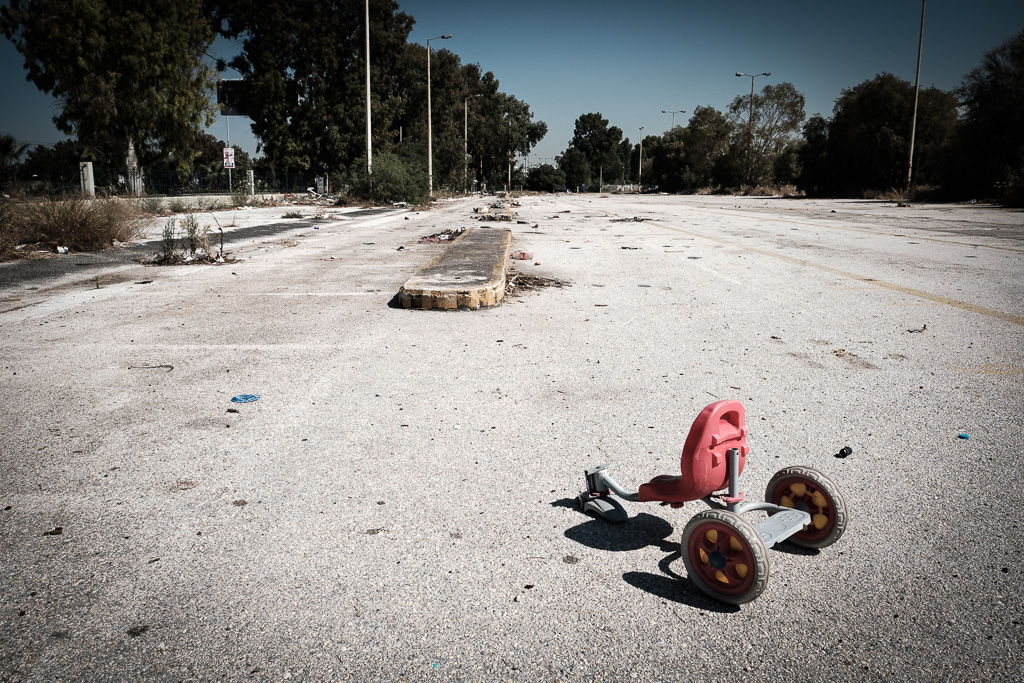 Last week I have posted an article about some of my dreams for a future Europe. One of my first dreams started with the hope for more human dignity… Why on earth should we talk about dignity? Especially, when in fact we all know that Europe is the place where dignity is fundamental and part of our basic values, isn’t it? Uhm, yes… it is – mostly. Nevertheless, there are at least some frustrating and enraging aspects I would rather not write about – unfortunately I have to since I have witnessed them and I will not forget…

For the last few weeks now I have shirked to finalise this text. Like with the post about war it’s simply something that makes me sad and somewhat depressive… and I would prefer to concentrate on the positive and humane that is for sure taking place everywhere as well.

However, we should not turn a blind eye to those things that hardly can be called consistent with human dignity – among ourselves and in the middle of Europe. What follows now is for sure neither the norm nor a universal picture of Europe – but unfortunately it is also no singular exception. I have seen those places that lack any form of human dignity almost everyday – usually even in the immediate surroundings of incredible happiness, wealth and beauty.

You can find them along the railway lines entering European capitals like Sofia where rubbish dumps in front of shanty town dwellings ‘welcome’ you – in the very contrast to the modern EU-funded central railway station or the main shopping street in the city centre with its hip cafés and the usual brand stores. Or you will find them in so many very poor so-called workers’ housing estates in major European cities that are so grey, dirty and bleak that for some – maybe even for many – of its residents alcohol becomes their ‘best friend’. 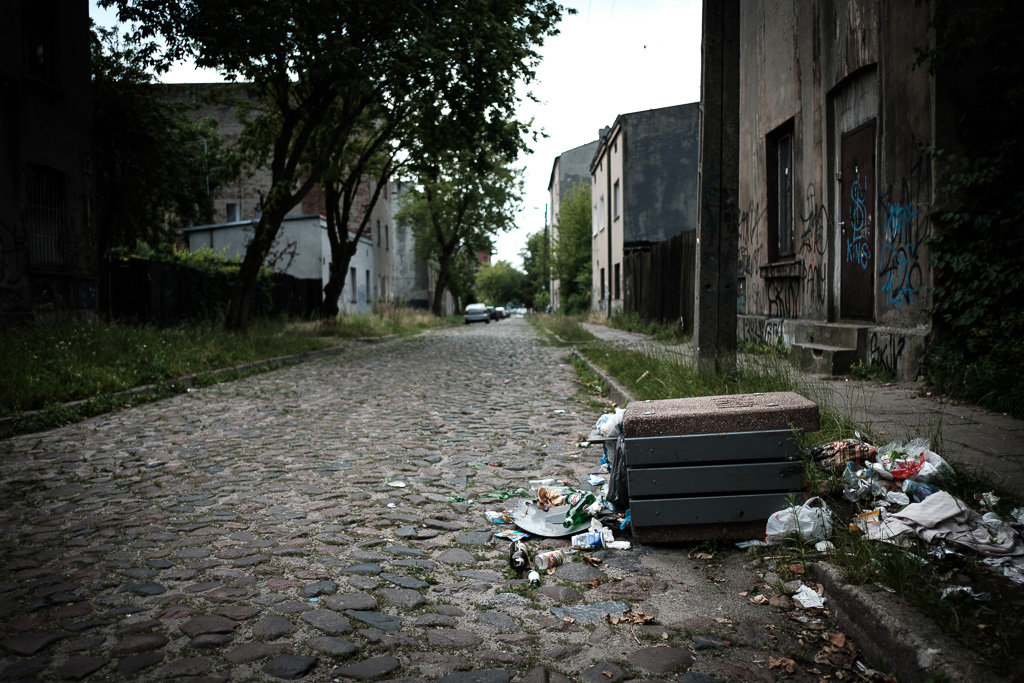 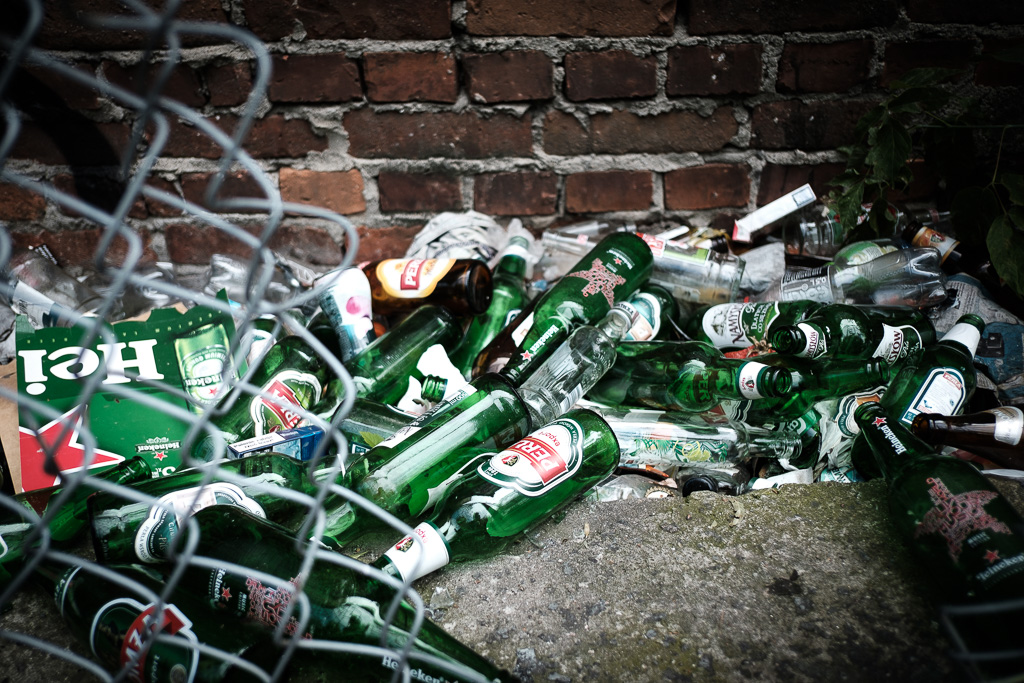 I don’t know if the name ‘slum’ would be appropriate for those places – especially as I have seen slums in Nairobi and some other places in the world and of course they are even worse. And I don’t want to ‘compare’ that by any means, but it’s a shame that in Europe – where both societal and state resources would be available – people have to live like this. At least those places are ghettos of the socially shaken off… Dignity of men seems to be not as unimpeachable as it should here as well…

The overall picture does not really change if we look at those who are not or not yet part of our societies – like new migrants or refugees. I am not talking here about the general refugee issue (this is quite to complex to handle it here as well) or about the really fantastic commitment of individual citizens or several NGOs that we could see all over Europe as well. I have spoken to many people in Lesbos and elsewhere in Greece and I was really touched and impressed by that great amount of help and humanity I could see, hear and experience there. As one example for this I even had the chance to get a short inside into the work of one NGO in Katsikas near Ioannina in northern Greece.

On the other side there is what we often can see provided by official and governmental institutions – like in the Elliniko refugee camp in Athens. I would like to emphasize at this point that I don’t want to blame a single country for this, especially as Greece – besides Italy – still has to bear the brunt of this so-called refugee crisis and very often is left alone by the EU or at least some parts of it. 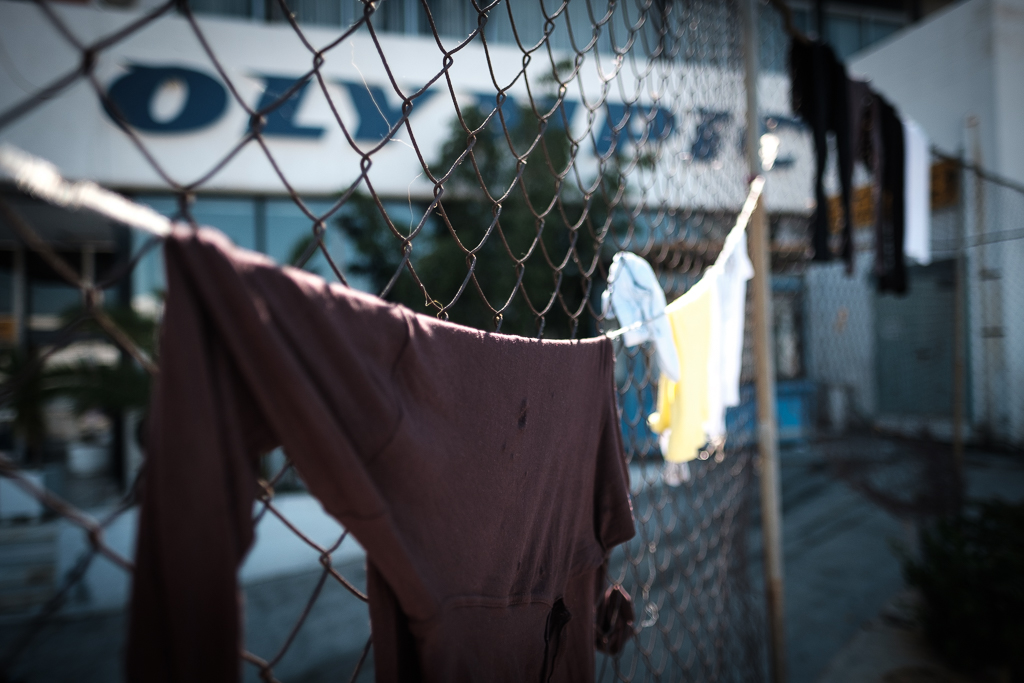 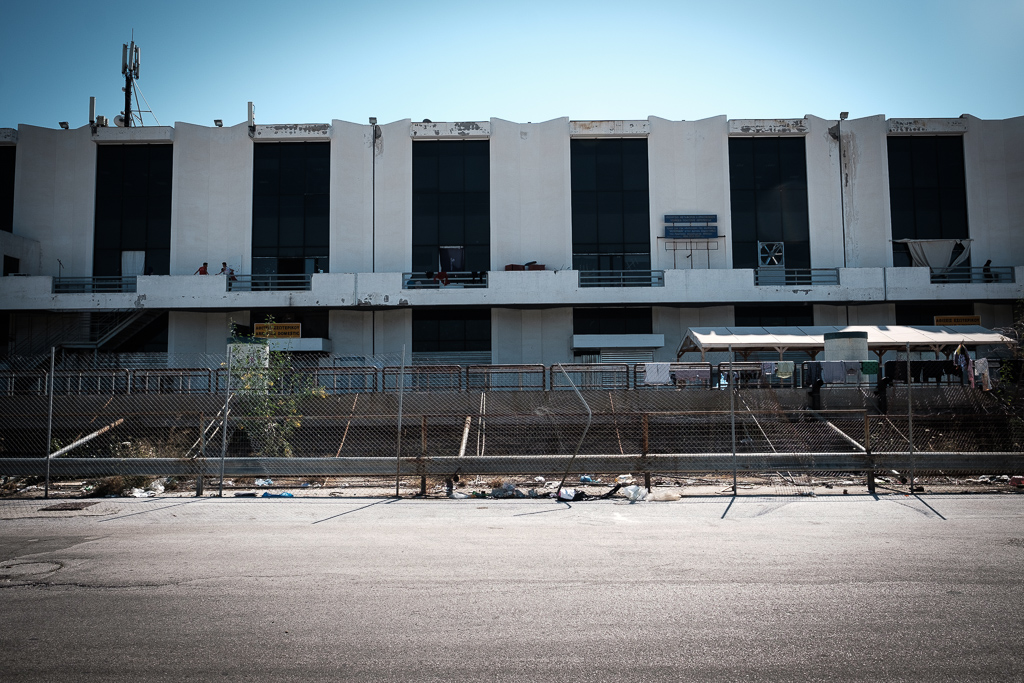 Nevertheless, something that can be seen there is the failure of public bodies regarding humanity and empathy when it comes to practical help – supranational organisations like UNHCR are not really better at this, by the way. It’s not just the fact that there obviously is or was no other place for refugees than in the ruins of a former dream of sustainable development – the ‘old’ park of the 2004 Olympic Games in Athens. I don’t know, maybe it was the best available place to accommodate such large amounts of people. Rather, it’s about how this still happens – even in 2017, a long time after the first flood of refugees has arrived and for sure with having alternatives to act.

Nobody can demand pretty one-family houses with front yards to host all refugees, but is it really too much to put even the most simple and self-evident things into practice? Is one of the richest regions in the world really incapable to dispose the waste in that camp area, to put some fresh paint on the walls and to build some simple, but humane places within a refugee camp – at least for the children? Apparently it is not… apart from the fact that the costs for all that would be ridiculously low. 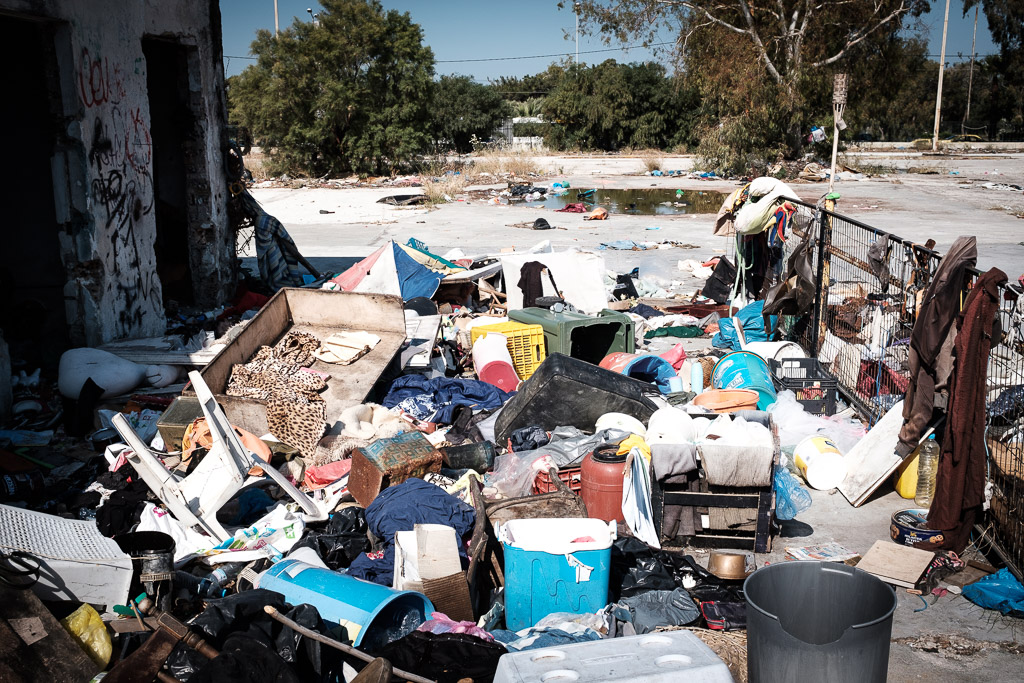 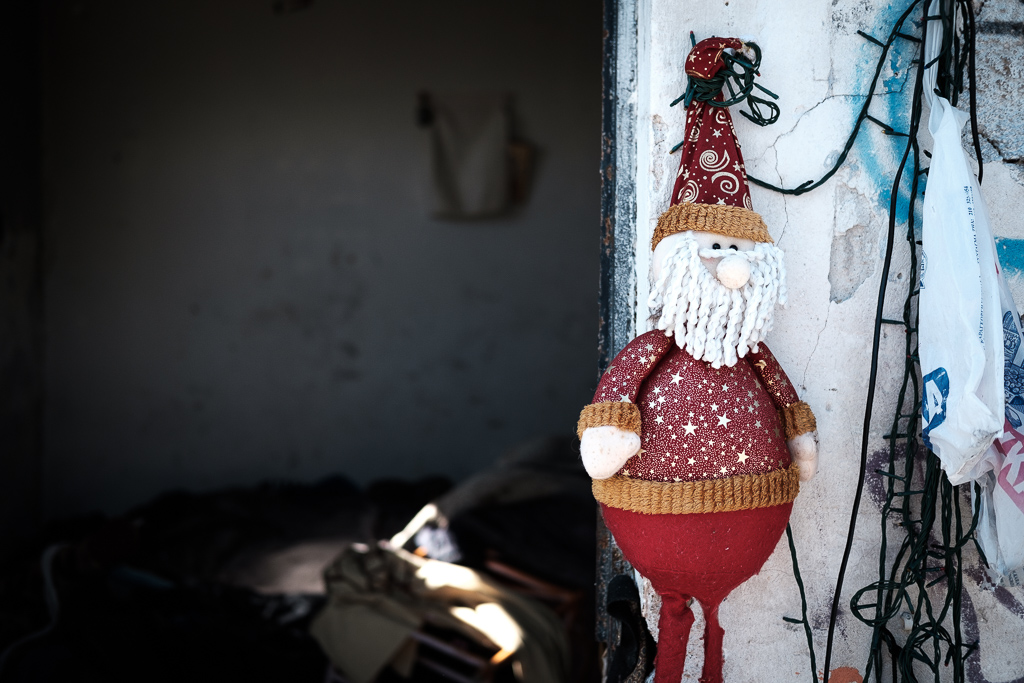 Which incredible difference to the Habibi.Works project house where some young people have proven successfully that – even without bigger funds – humanity, empathy, creativity and the will alone can face these indisputable challenges – and the people – with dignity. 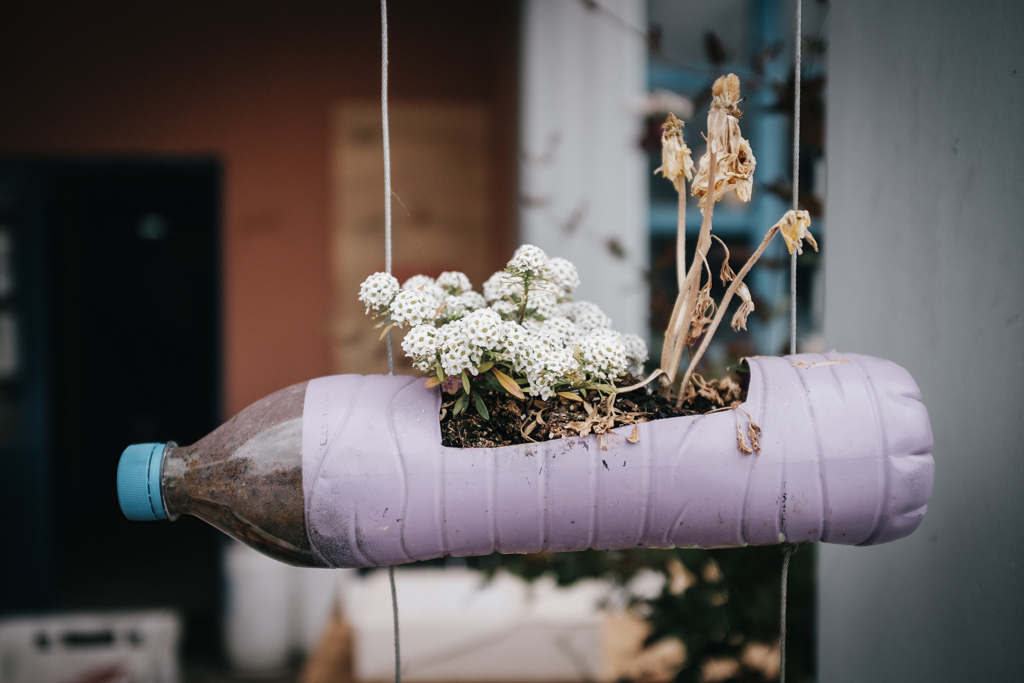 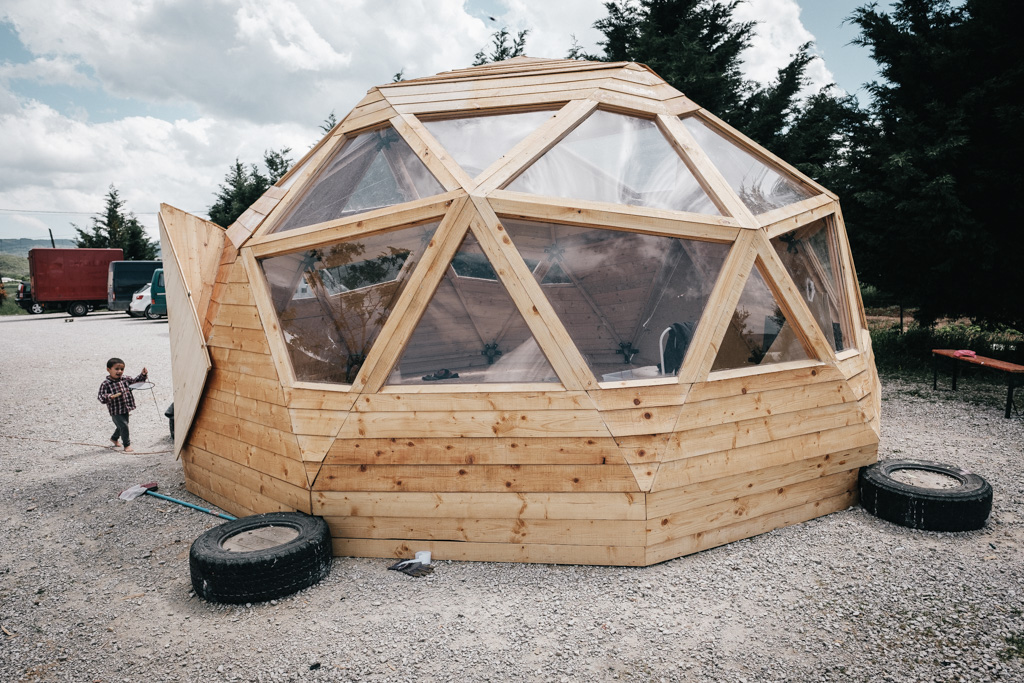 Instead, we Europeans accept that people who escaped from war, destruction and abject poverty have to live and to sleep in between rubbish and decayed ruins… sometimes even outside of those so-called refugee accommodations. That place near the refugee camp and – which disgusting irony – located directly in front of some hip pubs, beaches and marinas, made me incredibly sad and ashamed. As far as I remember, that was the first time in my entire life that I have photographed poor and homeless people in such a situation. I was sitting there on the ground for at least ten or 15 minutes, trying to communicate with this old man (I did not understand where he came from though) and I really was tired of mankind in that moment. 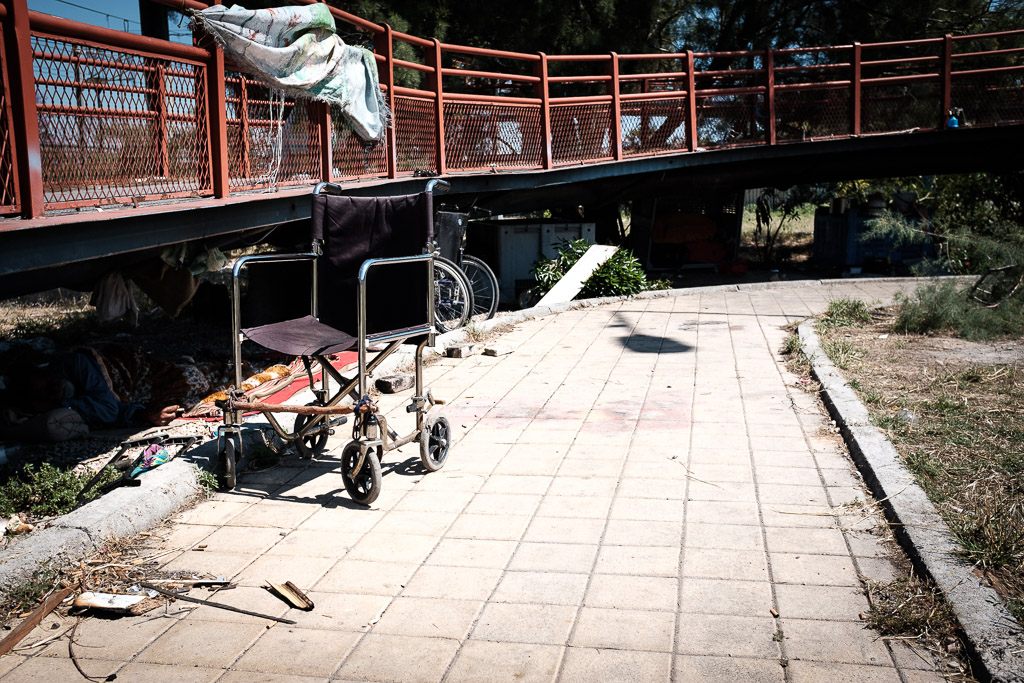 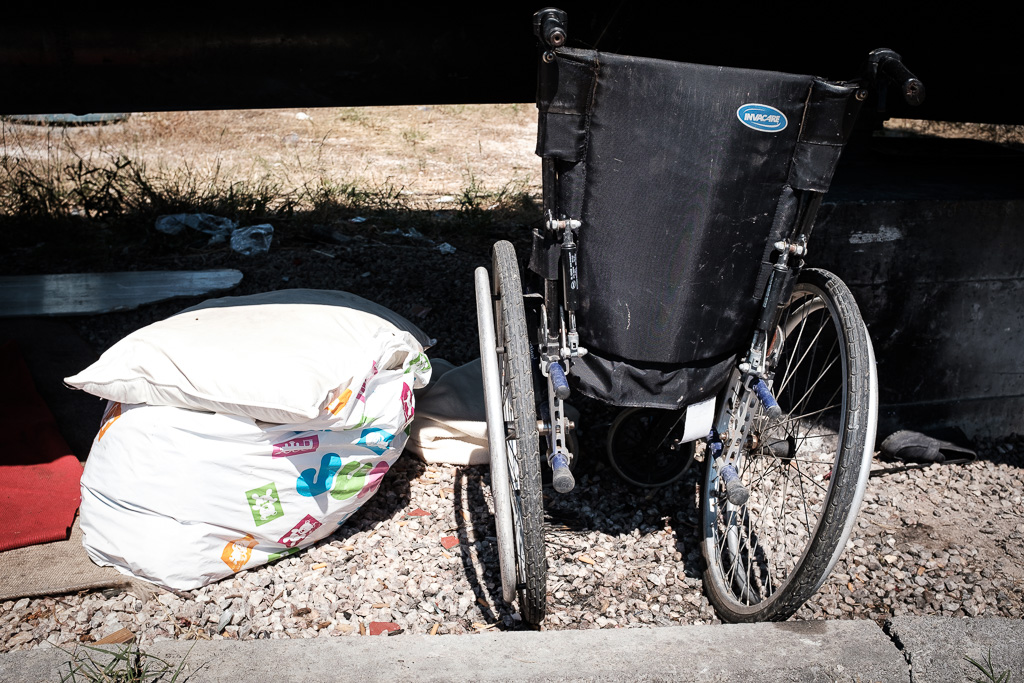 When I finally realized that even small children and babies were living there – obviously even for months now – under this old wheelchair ramp to a highway bridge connecting the Elliniko park on the other side I was not able to stay longer and left that place with tears in my eyes… and did not come back. 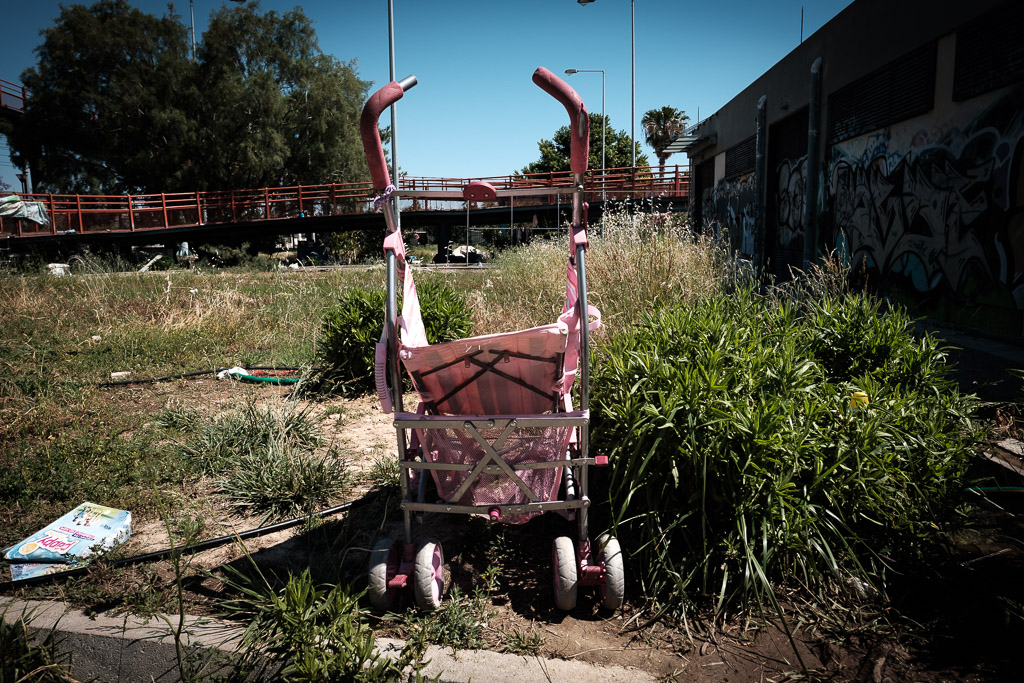 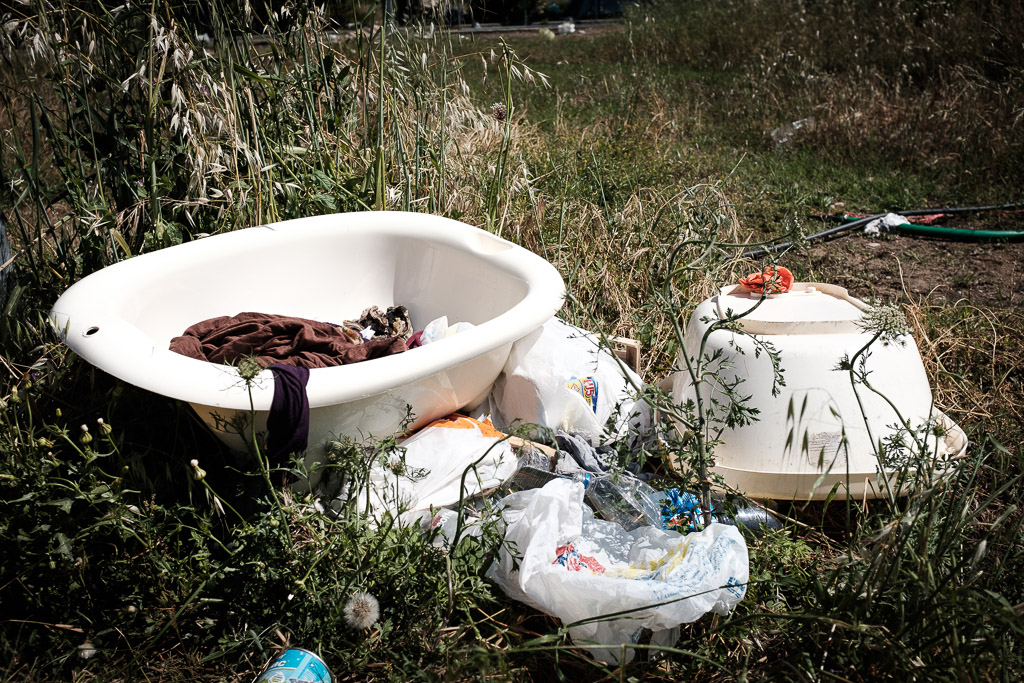 I cannot say it often enough: Europe is a beautiful continent, a mostly very save, a very wealthy and often also a warm-hearted place to be and to live. I will carry these nice places and experiences in the most pleasant memories. But it also belongs to my journey not to forget the places and the moments of sadness and sometimes even of anger about unfairness and stupidity. They will stare at me from time to time – like that doll on the ground in Elliniko refugee camp that I will never forget. That’s the price for taking a closer look…