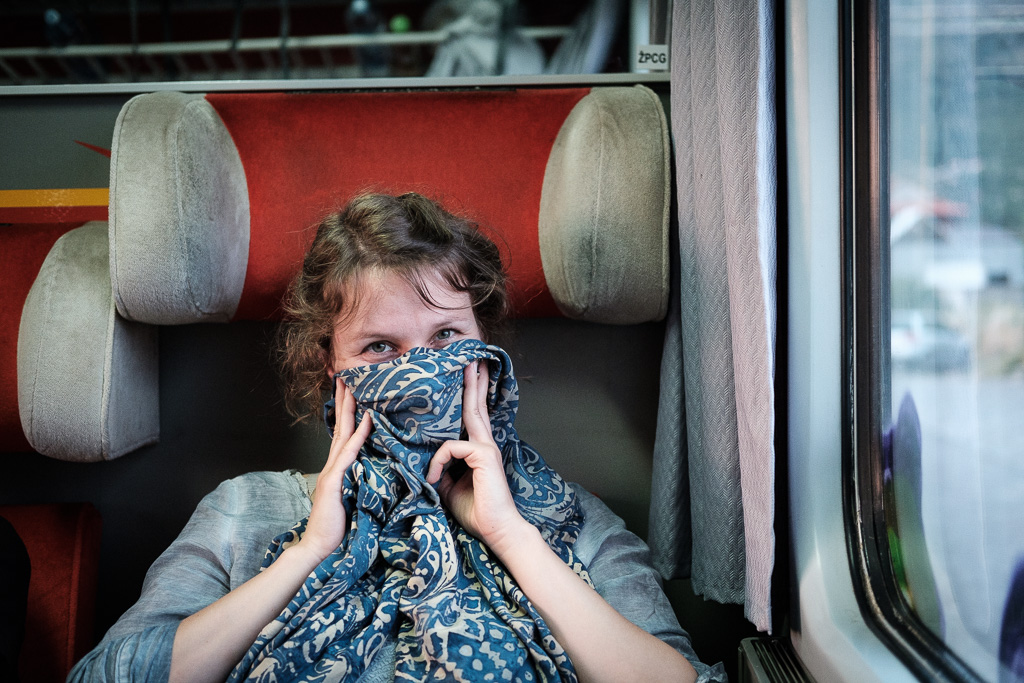 Travelling from Belgrade to Bar in Montenegro by train was supposed to be a breathtaking experience. It literally was – but not as I thought it would be. I had pictured myself being in a train with only a few other passengers and windows that open, driving with the wind blowing around and looking at beautiful mountain scenaries. At least, this was true on my way from Thessaloniki to Belgrade via Sofia. What turned out was that – yes, the train had carriages with opening windows, but all cabins have already been occupied. Yes, the landscapes have been astonishing, but sometimes I could only get a quick glimpse of them before we entered one of the 254 tunnels. However, what I absolutely didn’t expect was how many people took this train – and smoked one cigarette after another… but let’s start at the very beginning. The moment I boarded the train, two women were standing in my way and I had to walk through their cloud of cigarette smoke in search of a seat in one of the cabins. Although the train didn’t leave the station for 30 minutes or so, they apparently decided to not take the effort and smoke on the platform but to just stay where they had been. As a non-smoker who never even touched a cigarette, I consider myself as sensitive when inhaling the smoke of cigarettes. This is particularly true since many public spaces have become smoke-free throughout Europe and I am not used to sit in smoky pubs or bars anymore. Thus, I began to feel quite uncomfortable here. While searching a seat, I saw more and more people starting to smoke within the train. My mood went on point zero until I found a cabin at the very end of the train with only an older man sitting in who friendly invited me to enter. I thought it would be much better to sit in a cabin with windows that did not open than being surrounded by smokers. As it turned out, this friendly old guy was a smoker himself… I honestly believed that being in the more modern carriage with a very few bottom-hung windows would prevent me from being surrounded by smokers. Stupid me! I could not help but look at the “No smoking” signs still hoping that they must have a meaning. They had no. More and more people went to the end of the train for smoking their cigarettes, returned to their cabins and came back sooner or later.

Out of curiosity (and with the hope to find a better place to stay) I walked around the train just to find out that there were other parts being much more frequented with smokers and that in the on-board restaurant even the service was smoking. I more and more realized that I didn’t came into this situation by an unfortunate coincidence. Smoking on trains is just very common here and there is almost no chance to escape from it. But what is much more important: From my Western European perspective, I considered the non-smoking legislation as standard (and quite natural). I never even spent any thought that it could be different – at least not for trains in Europe. But my behaviour or views didn’t comply with the regional and local practices. Here, I didn’t belong to a majority anymore. I was just outnumbered. Just to clarify matters – this experience didn’t made me change my mind. I still don’t find anything cool about smoking. I don’t like the smell of cigarettes and I have no clue why people prefer smoking in closed spaces when they have the chance not to do so. Plus, I consider it as disrespectful to not take care of children, pregnant women, asthmatic persons… But this is not about being right or wrong. This is about understanding how quickly circumstances and perspectives can change amongst Europeans. For sure, we have seen this in other contexts within the last months.  Though – to be honest – I didn’t expect to face dissimilarities on a 12-hours trip from Serbia to Montenegro. Anyway, there was nothing to do about it. I wanted to do this journey, I wanted to do it by train. So I had to stay calm, keep breathing – hard enough 😉 – and gather this experience of European diversity.