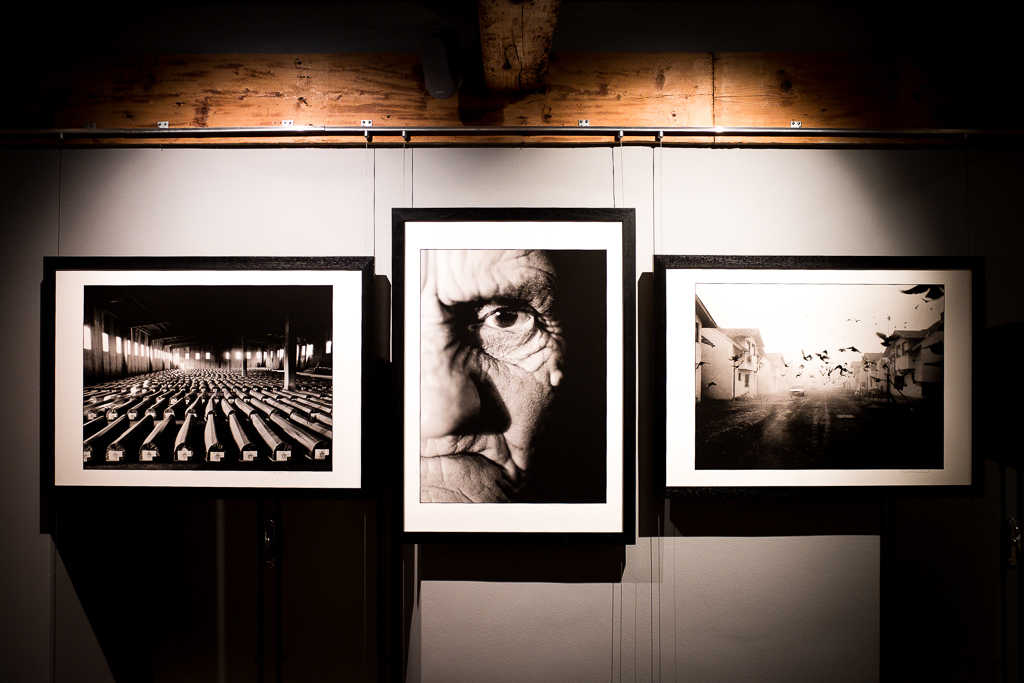 It was a Friday on July 1st when I recognised that it was exactly half time of my journey. Nine of eighteen weeks of traveling through Europe were over and I have spent most of the time on the Balkans so far – of course in many different countries though. When I began to write this post the train from Zagreb to Budapest started to move forward, Romi already has landed in Germany and I was about to leave this region for now permanently – since more than one week I have been staying in Poland now. Due to many reasons this was the right time for me to write something about a topic I honestly would have liked not to write about: This topic is war.

I know that talking about war is not on the agenda of the day-to-day conversation in most European living rooms. And if we address this issue it normally is about the war in Syria or in other regions elsewhere in the world. That there is a war – or at least an armed conflict – in Europe right now is easily forgotten. Eastern Ukraine is just too far away in the mental map of most Europeans.

Something quite similar can often be observed for the region of former Yugoslavia – not in space for sure, but in time. No matter from what perspective it is looked at: This region definitely is located in the centre of Europe. Many Europeans spend their holidays in Slovenia, Croatia or Montenegro as many people of my generation have done before in Yugoslavia. At least for these tourists the coast and many cities and sights have been well known for years now. Alone the last decade of the 20th century has been largely eclipsed more or less…

Between 1991 and 1999 several armed conflicts – commonly known as the Yugoslav wars – accompanied the breakup of the Socialist Federal Republic of Yugoslavia. What has happened in that time is both a sad tragedy for the people being victims of these wars and a stern warning for all Europeans at the same time. However, while traveling by train or bus through this region and visiting the ‘usual’ cities and places normally you will not be confronted with this very dark part of history. Bosnia-Herzegowina and especially Sarajevo – as well as probably the Kosovo – may be exceptions here (I don’t know though), but unfortunately we did not have the time to visit those parts. Otherwise, travelers and tourists rarely will come across the signs of that times.

However, if you want to find something, you probably will succeed. There is e.g. a war museum and an exhibition on the Belgrade Fort (at least the exhibition of heavy weapons outside is fairly unnecessary though), or you can be one of the comparatively very few visitors of the War Photo Limited exhibition in Dubrovnik Old Town – which is very good by the way and definitely worth a visit! If you have the chance to travel the route from let’s say Split at the coast to Croatia’s capital Zagreb by car it might be a totally different story. At least it was for us …

The last hundred and something kilometres from Plitvice National Park to Zagreb started to be a lovely tour. A beautiful landscape, covered by gentle hills and traversed by some rivers and streams, embedded into a lot of green… it looks like the German Eifel a little bit – but favoured by the climate. Driving slowly and carefully I really was able to relax and to daydream a little bit. After one hour or so and behind one of the countless curves I suddenly ‘woke up’. Two obviously destroyed and decayed houses somehow did not fit to the overall picture. From one moment to the other I suddenly realised that this must be a region where fights had been taken place. A few minutes later – when we reached with Turanj one of the suburbs of Karlovac – the presumption became certainty in form of a widely visible war memorial and exhibition. Karlovac was a very strategic point in the Croatian independence war and also place of some of the hardest fights within this war. What we did not expect though is the fact that even today – more than 20 years later – you still can clearly see the signs of that war. 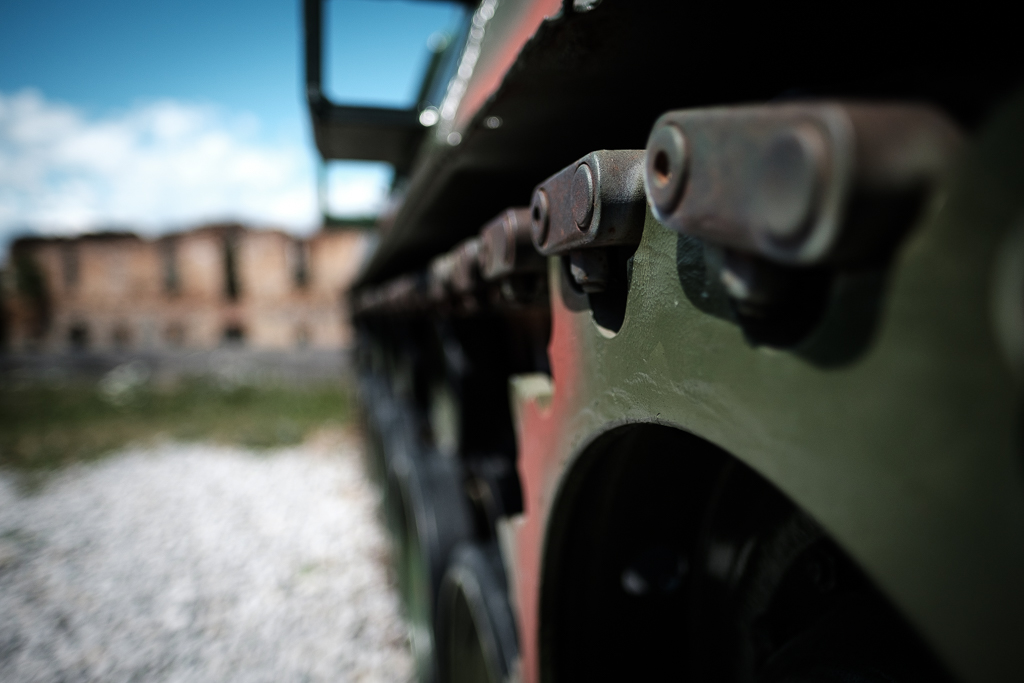 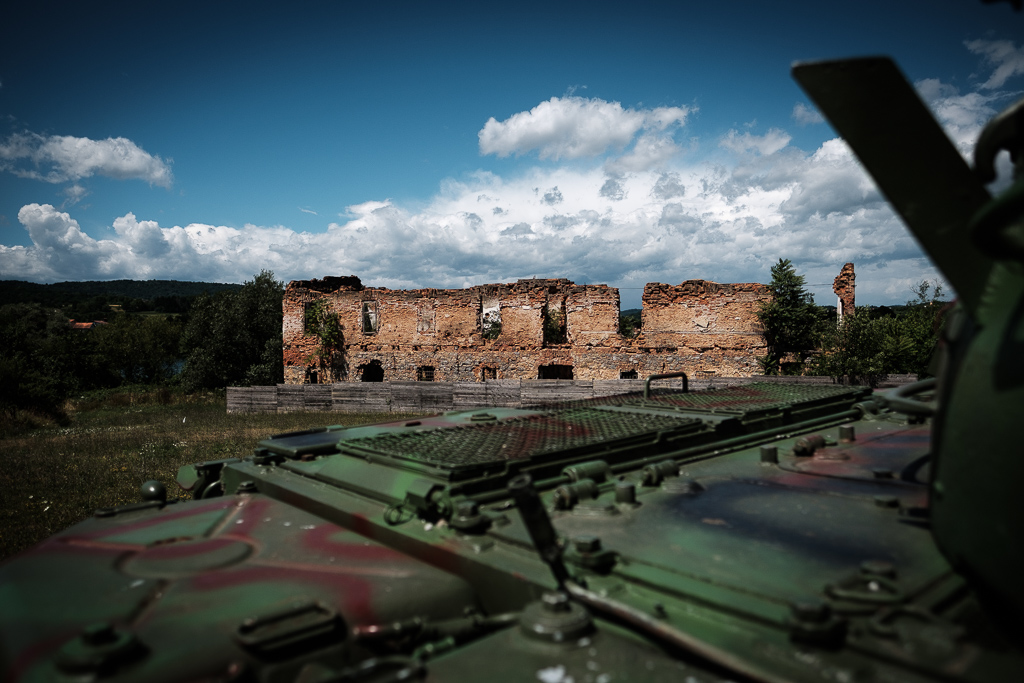 You only need to open your eyes and you will recognize many things that simply do not match: too many new houses were built in a rural region like this which normally is affected by population drain and you can see in particular too many houses with a rebuilt top floor and roof – a typical sign for past fighting. Totally destroyed houses for sure are mostly limited to some special places like the one in the exhibition area in Turanj – at least as far as we could see during the transit. When getting closer to the houses you very often can see something we really did not expect as well, at least not in this occurrence: hundreds (at least) of the houses around and in Karlovac still are riddled with sometimes countless bullet holes – being something like the still visible scars of this terrible period. I hardly can describe the oppressing feelings that have crept us while standing in front of this all. 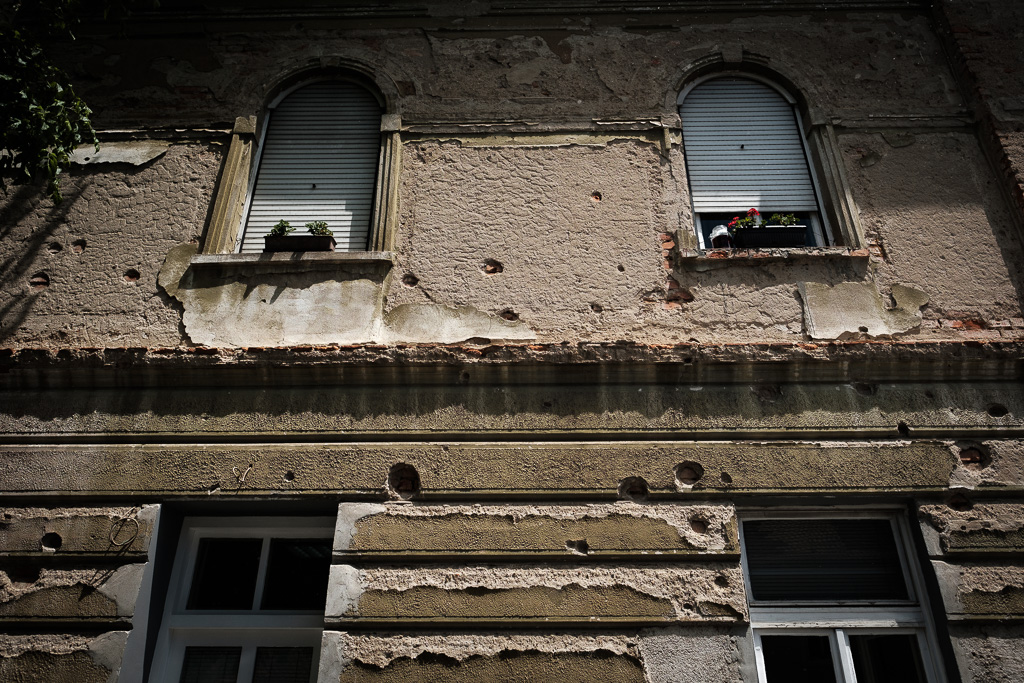 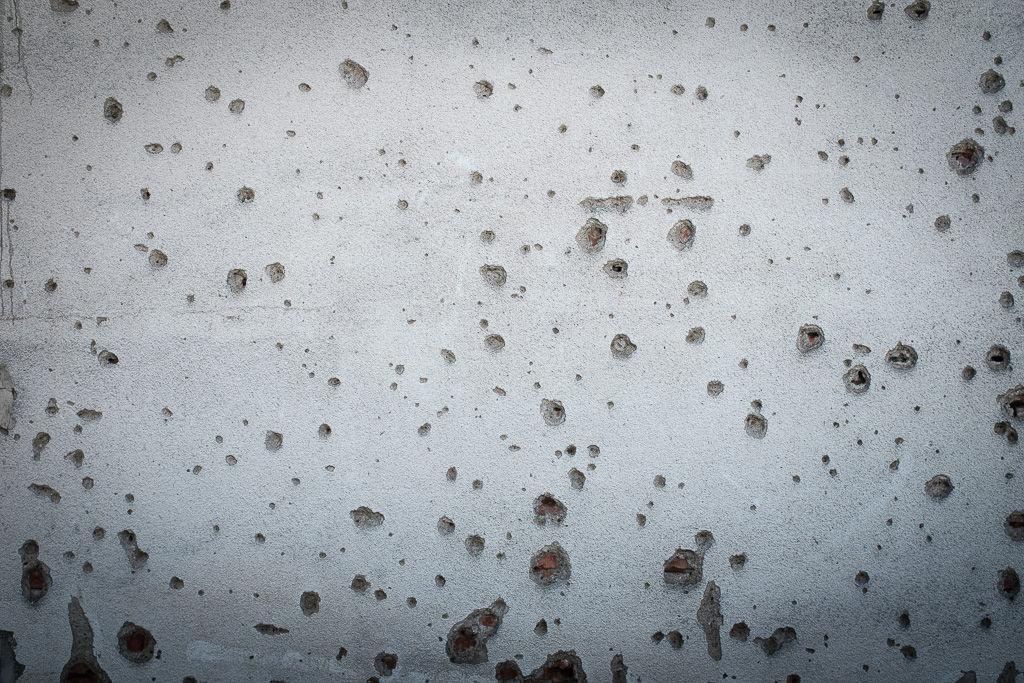 One does not have to be an expert on this region’s history and for sure I know about the overall complexity that had led to those wars in former Yugoslavia. Notwithstanding this, it becomes pretty clear that there is at least one real ‘enemy’ for Europe: stupid nationalism. If Europe again starts to build walls and fences, starts to distinguish between us und them, between our history and religion and theirs and thereby forgets the deeper meaning of the word union, it definitely will lose externally its importance in the world and internally peace and wealth. As I said before: You don’t have to be an expert by any means… just open your eyes, lock at this dense flick carpet of 47 countries on a very small continent and listen to what is said (in some parts of Europe and by some people). That ought to do.

Much as I understand and respect the will and the motivation of the Croatian people (in that special case of Turanj/Karlovac) to set up a memorial there for their independence war: I will never understand and accept why this must be done by the military and with the exhibition of weapons. This unbelievable stupidity deprives this place of its dignity and unfortunately proofs to a certain extent that people still have learnt nothing from history. An independent civil – and best even a supranational – committee or foundation would be a far better way for implementing this – as well as the overall attention to reconciliation and peace would be a better approach than nationalist rhetoric and technical details about the weapons that were used in that war. Just Romi’s and my two cents to this…