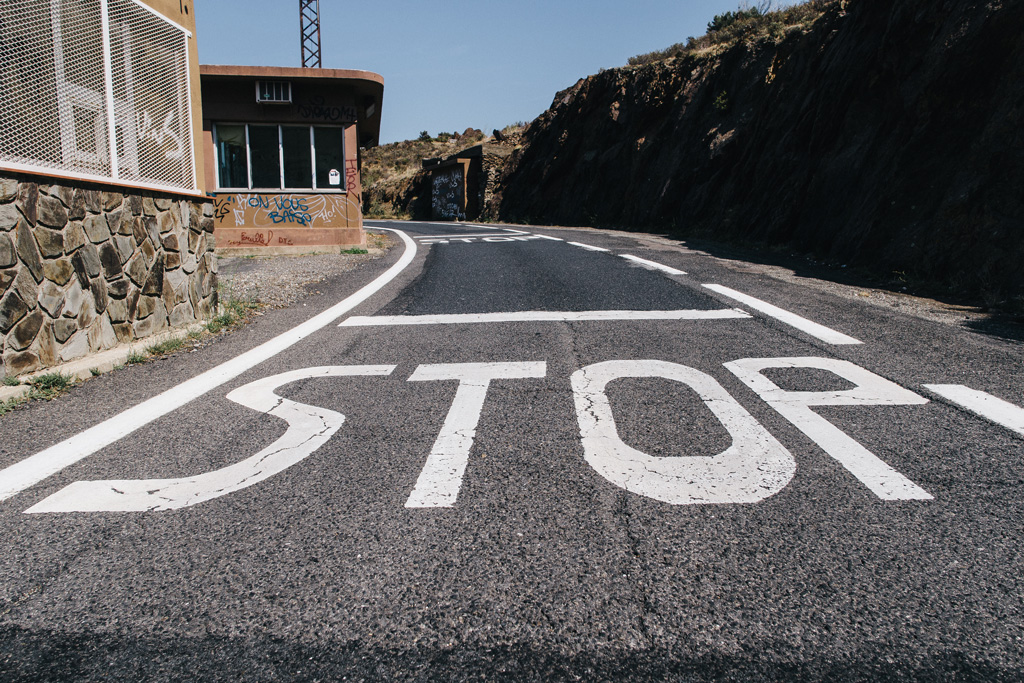 A couple of days ago my girlfriend and I passed the border between France and Spain near the French village of Cerbère. How did we know that? And which ‘border’ if any? Instantly I was thrown back to my childhood in a metaphorical sense. There was nothing else to see than the word ‘STOP’ painted in large white letters on the road as well as a few almost ruinous buildings covered with graffiti. Nothing more. But it was enough for my déjà vu and my memories of a time in Europe with passport controls and traffic jams at real borders while travelling from one European country to another. Not to mention the incessantly changing of money into other currencies. That was the Europe of my childhood. 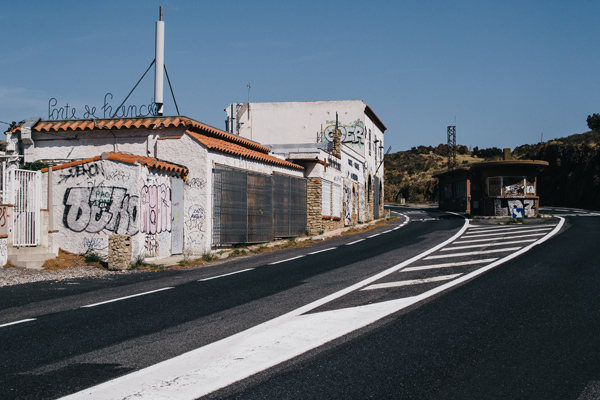 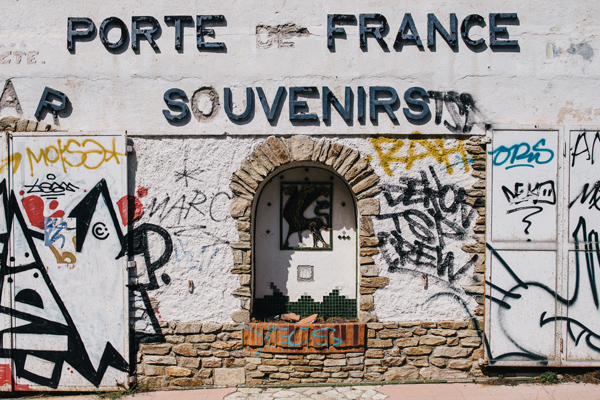 I am now 44 years old and I neither know if others of my age have the same memories nor what younger people are feeling while passing those old borders. Can they imagine that old Europe? Are they happy about living in a new era? Or is all of this kind of self-evident for them? For me it was the point to finally start writing my blog. The general idea – for the project and the blog – was much, much older. Even the blog itself – in the technical sense – existed already. My sabbatical was scheduled and almost daily I was thinking about the whole thing. But as often the lack of time and probably the wrong moment detained me from starting.

On the way back to France I decided to stop for a moment at that place and take a few pictures. Again I was affected by the strange feeling that something was wrong here. Something did not belong to my daily life anymore. Fortunately! 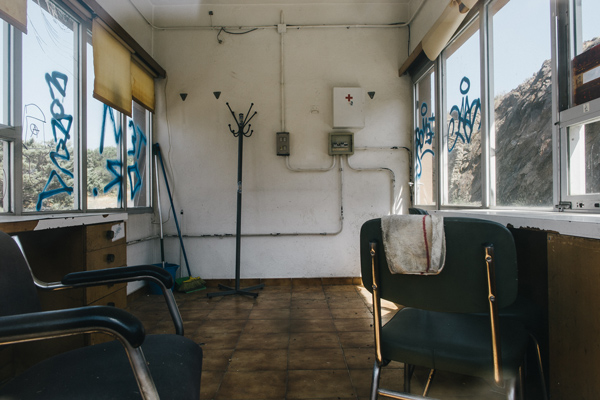 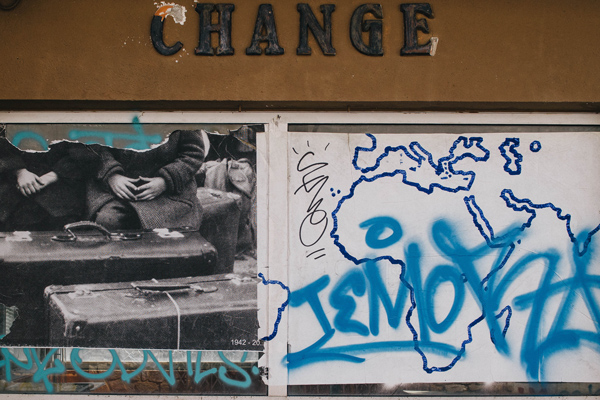 A single and at first sight not meaningful moment let me think about the progressing time for my project and motivated me to begin with my first post. In 330 days from today I will start my journey in search of The Europeans.