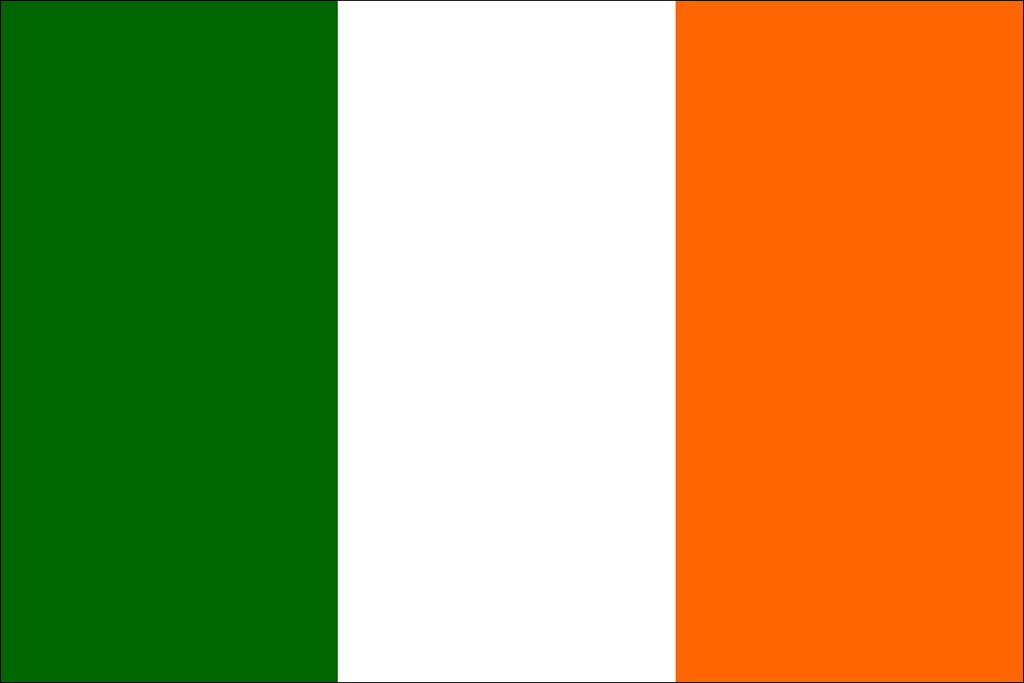 This is what I currently know about Ireland: …

Not too much, right? OK, of course it’s just half the truth, but it’s true enough to have at least 1000 reasons to fill this obvious gap. I’ve never been to Ireland in my life and I haven’t read a lot about it, either. Hence, without too much exaggeration, one can say that my knowledge of Ireland definitely has room for improvement. Besides the well-known clichés of all Irish being redheaded, loving Guinness, Whiskey and Gaelic Football and baring their soul in Irish Folk – irrespective of these stereotype’s doubtful truthfulness – I know little about this country. The fact that it’s described to be very green I know not least because of Johnny Cash’s famous song which inspired me for the title of this post. Moreover, during my childhood this was pointed out countless times by the Kerrygold commercials in the German TV, too. Ireland’s beauty was reported to me so many times by friends who spent their holidays there or even lived in the country for the period of their study abroad.

But as you already know, my intention is neither to write a guidebook nor to produce a coffee-table book about Ireland’s – beyond doubt – spectacular landscapes. I’m interested in the people living there and in their view on life, Europe and the future in general. Fortunately, I also have been told by the same friends that Irish people are very warmhearted and hospitable. Quiet another very comprehensible reason for someone who sets out to annoy foreign people on the street with his questions and camera, you could say. That’s right, but it’s certainly not the main reason for this choice.

So, why then Ireland? At the very beginning of my thoughts on this project my intention was to visit at least four countries – one in each direction within Europe – and in addition to travel to many different parts of Germany during the entire year. Once I realized that idea was way too ambitious and therefore out of the question, I had to adapt my plans into what would be possible. The result was a limitation to three countries – representing the west, the east and the south of Europe – and to give up the plans for Germany as well.

Thus, Ireland directly came into my mind: it’s new to me, it was involved in the beginning of the financial crisis in Europe, it has a known and long history of emigration and – from my very subjective perspective – it belongs to a just moderate Europhile part of the EU. The last two points, in particular, are the ones I’m interested in the most. As far as I know, the topic of emigration is an emotive subject in Ireland due to a history of several economic ups and downs for the last 150 years or even more. Interestingly a main focus for emigrants was (and is?) not on other Europeans countries, but on the US and, more recently, on Canada – at least according to my perception. I wonder why? Is it just due to the dream of the land of opportunity or is it simply the desire of leaving a comparatively narrow and old continent behind? The second question ist not less interesting for me. Are the Irish really just moderately interested in the EU or do I have this feeling only because of its geographical neighborhood to Great Britain (and of course due to my lack of knowledge about Ireland)? And until now I did not even mention so many other interesting aspects of a country which, for example, is apparently able to manage the contradiction of having a Catholic majority whilst being the world’s first country to legalize same-sex marriage by popular vote at the same time. Truly enough reasons for me to visit this country. However, if I then consider the Whiskey again I can feel an excited anticipation for my first visit to the Forty Shades of Green and say: Dia dhaoibh. 🙂