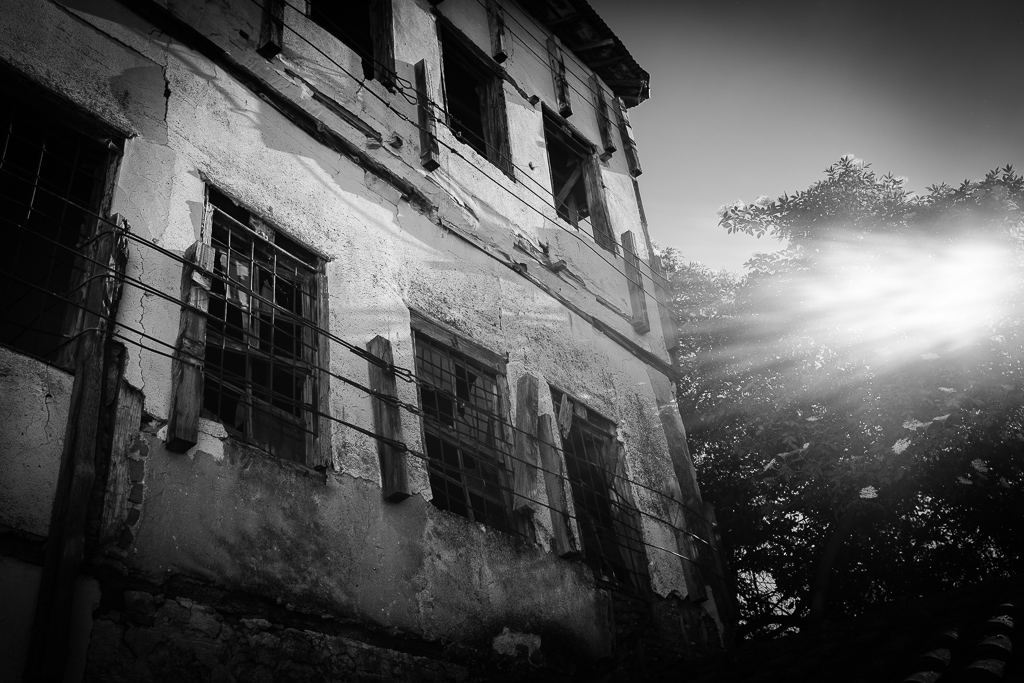 … was a pathbreaking day in some ways. This does not mean that something really exciting has happened. Nothing of the sort! I started the day with returning the rental car I have had for the time staying in the Ioannina area and then I continued my trip to Kastoria by bus. After a nice two-hour bus ride I just checked in at the hotel and then I started to do some minor organisational things for the further process of the journey. Other than that literally nothing worth mentioning happened… except for sure that I was able to capture an award-worthy wildlife shoot in the city of Kastoria. 🙂 Since nothing happened I again had plenty of time for thinking. Not that thinking in itself would be the worst thing human beings can do in their spare time – alone sometimes it hinders to live. Only this time it was different. Already when I got up in the morning I had such an indistinct feeling that something had changed in my mind – but I wasn’t sure what exactly it was. This went on, with more and more intensity, all day long – which initially had the effect that my mood declined step by step, reaching its lowest point at about 5 o’clock in the afternoon. At this time I was sitting in my hotel room again and have started planning like mad what to do next. Fortunately the sun came out again after some rainfalls and I decided to go out – all that stupid planning didn’t work anyway. The following two-hour stroll through the hilly and lovely historical centre of Kastoria has changed almost everything for me. It was not the sunshine of course, but rather the fact that I have realised that a couple of hours before I even did not recognize how beautiful this small town is. I have always seen myself as a very visual person and now I didn’t recognize even the obvious? What for the world has happened? Where did I take the wrong turn – in the figurative sense?

Standing there almost at the top of that hill and squinting against the warm evening sun I suddenly got it. It’s not wrong what I am doing, it’s wrong how I am doing this. My whole approach for this journey is still based on the idea of being a specified project, moreover a project dealing with a quite complex and comprehensive question. And this project is fore sure a kind of serious work which has to produce some exceptional results – especially with regard to the photographic output.

No, it has not! And I will completely fail with the overall idea if I don’t change profoundly my aspiration on the whole thing. It’s not just this problem with the expectations and the possibilities to find enough time to get an access to the people and to document something in an adequate way I have already written about here. It’s much more than this, it’s the general attitude and the approach that hinder me to do what I really want to do.

For this journey I have taken a book with me, ‘Road to Seeing’ by Dan Winters (the eBook edition of course; the paper edition I also own has a weight of more than 2 kilograms). Since a long time I have intended to read this book, but as it often is, I have not done this yet due to a lack of time (or whatever reasons I have had). However, I thought it would be a great idea to read it now as the title and the content should be a perfect match for the idea of the trip. I was just thinking about this book’s title again when it suddenly became pretty clear to me that in truth I do not see anything at the moment because I am always watching out for the images that are already in my head. This might be the right approach for a single and content-related limited contract work, but it is not for my real interest about the whole thing. Being not able to see is definitely not the best condition for a photographer. Then, on the way down to the lake and when I was sitting there for a while and drinking that lemonade, I decided to completely skip the idea of making a determined ‘project’ with a more or less clearly expected outcome of images. And I decided to plan less and to stay much longer in a certain place. If the stories and the images will find me, it’s fine. If they don’t, it will be fine as well. Anything interesting I will find for sure, wherever I will go next. Because I will continue looking around in this Europe where the Europeans live… but hopefully more in my own way.