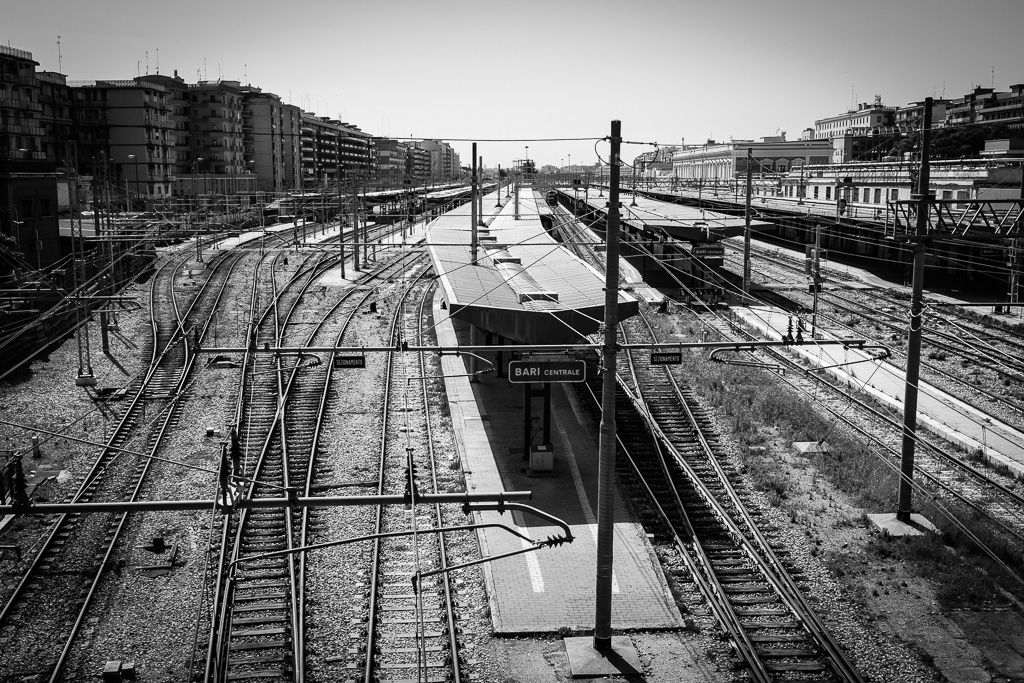 What have the two and a half days of traveling by train and ferry through Europe taught me? At first the very obvious: It is quite a bit more exhausting – especially with a lot of luggage – and of course it is much slower. However, the latter has its charm for sure, as it is a completely different way of traveling than just entering an airplane and leaving it in a different environment a few hours and several thousands of kilometres later again. Landscape changes several times from Bonn in the west of Germany to Brindisi in Southern Italy, and slowly passes over into the Mediterranean. Languages and especially dialects are changing very fast in Central Europe as well, sometimes several times a day and almost with every train station where people enter the train. For a German speaking person the traverse from the Rhineland to South Tyrol can become a real pleasure… 😉

What else? For a very long time – maybe for about 15 years – I have not been traveling such a long distance through Europe by train. And nearly 30 years will have passed since my two InterRail tours in the late 1980s. As globalisation may have equalised almost all international airports in the world to a certain extent, Europeanisation seems to have equalised the railway stations and trains within Europe. Not that I have been naive enough to believe that there is still a water seller on the platforms in the major Italian stations who is shouting “acqua, acqua minerale” all the time. However, it seems that I have a deep desire in me to search for the individual and the otherness. But what did I find instead? You will see everywhere almost the same looking coffee and donut shops, the same looking newspaper shops and of course the same fast food restaurant chains. All the people are drinking the same bad coffee in the trains and are looking at their smartphones or laptops. And most of the people seem to be quite busy and stressed a little bit. Who will still argue then that Europe has not developed a principally common culture here? The old stereotype of constantly chatting Southern Europeans… hmmm, at least in the trains I could not confirm this (any more?)… also Southern Europeans have their earphones in and are silent. 🙂

Speaking of stereotypes: If in the next time someone will be talking to me about the alleged German virtue of punctuality I will not resist smiling a little bit. I arrived (and departed) in Venice, Bari, Brindisi and Igoumenitsa absolutely right on time. I even hardly was able to chew my EU standardised croissant to an end as the trains always entered the stations so early. The next time I will travel the route Cologne-Hamburg by the Deutsche Bahn I will think about it. I probably will have plenty of time due to the almost obligatory delays…

There is just one thing I have not seen or recognized on the entire route to Brindisi: borders. And this gave me a very good feeling!