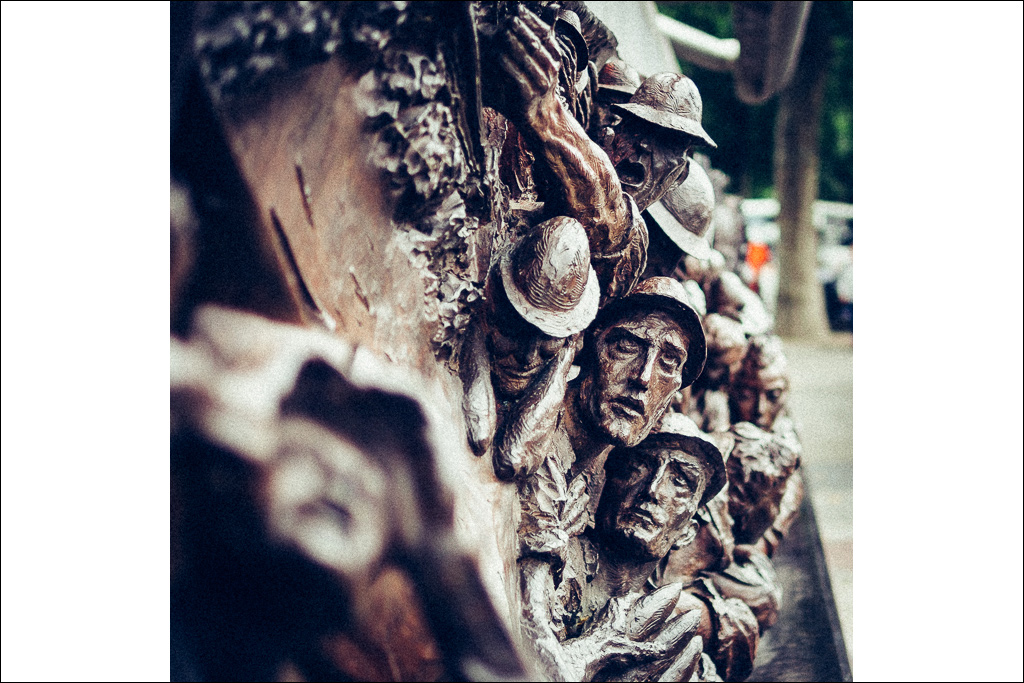 During the Great Depression of the 1930s the world famous photographer Henri Cartier-Bresson is said to have made the following statement: ‘The world is going to pieces and people like Adams and Weston are photographing rocks!’ I’ve always liked this sentence despite the fact that it’s quite a bit snooty and disrespectful against the work of others. However, since I also have little use for landscape photography, I’m claiming to see and understand his position. For me, photography is so much more than the simple ability of recording memories or beautiful sceneries into pictures. Rather, it’s part of my confrontation with social and societal issues as well as an attempt and a language to express my own view and perspective on things; a confrontation I wanted to face within my project. Unfortunately, it appears that I will not only encounter many people and different opinions during my travel through Europe; I might find some increasingly divided or indifferent societies as well.

Let us not delude ourselves: at the end of the year 2015 the European Union is in such a deplorable state that one has to fear for it. Period! There isn’t a day that goes by without frightening and precarious news about what is happening in almost every single of its Member States – especially in the political arena. It doesn’t matter where you look: to France, where the far-right National Front (Front National, FN) took 28% of the vote in the first round of regional elections or, more recently but not less worrying, the government decided to write into the constitution the state of emergency. Or to Poland, which seems to be making ‘good progress’ on its rapid way to autocracy since the electoral success of the religious-nationalist Law and Justice (Prawo i Sprawiedliwość, PiS) party. In Hungary, the Baltic States, the Netherlands and Denmark, right-wing and nationalist parties have become more and more important or are sharing political power yet. Even Germany and Sweden, recently being praised for their liberal and open-minded handling with the refugee-crisis, started joining the club of xenophobic populists with the strengthening of political parties like the Alternative for Germany (Alternative für Deutschland, AfD) or the Sweden Democrats (Sverigedemokraterna, SD) – not to mention the arising of so-called social movements like ‘Pegida’ (an acronym even too stupid to translate).

What has become of the European Union which was awarded the Nobel Peace Price in 2012? And which, I would like to add, got the price for its idea of solidarity and the work ‘of over six decades contributed to the advancement of peace and reconciliation, democracy and human rights in Europe’. The Europe which until recently I thought I could travel without any doubts on its common future in general. To be honest, I have no idea at the moment. What I see is that established politics and the political elite do not offer any practical solution, or at least no reasonable one. Thus, once again delivers how important a responsible and active civil society is for any country at any time! If any, this could be the power remembering and renewing the canon of values as a common European approach. On this ground I would like to focus my project a little bit more on initiatives, groups and movements which are already active in this way.

In this sense, I wish you all a Merry Christmas or – if you don’t celebrate it – some reflective and relaxing days off as well as a hopefully more promising 2016!